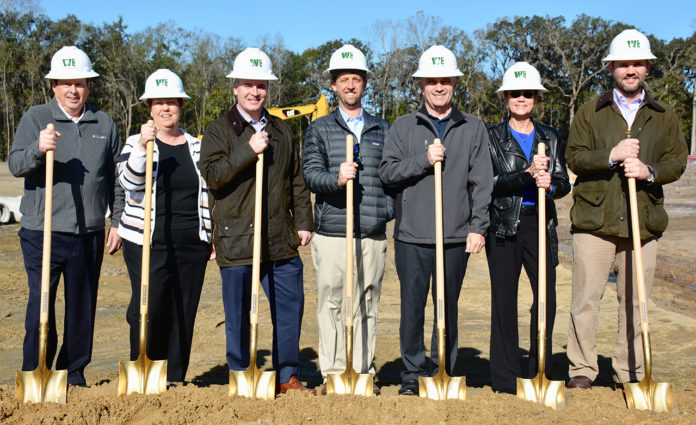 Enmarket, the Savannah-based convenience store chain, plans to build a new headquarters building as part of a new complex at Ogeechee Road and Chatham Parkway. The lot has been cleared and site work is currently underway.

“The Enmarket store count has increased by 66 stores since 2017, doubling in the last year alone, and creating more jobs that support our store operations,” said Brett Giesick, president of Enmarket. “These new jobs that are based out of our Savannah headquarters include positions in accounting, marketing, facilities and maintenance, information technology, and operations. We are excited to have this opportunity to build a state-of-the-art office for our employees.”

The company will build a new 22,000-square-foot office structure along with a second building of equal size that will be used as flex space and will provide room for future expansion.

The Enmarket store currently on the site will be rebuilt as a 5,900-square-foot Enmarket, complete with a 70-foot tunnel car wash. The store, car wash and offices are scheduled to open later this year.

Savannah-based general contractor West Construction Company has been selected as the builder for the project and construction is underway. WCC President Matt West states, “Enmarket has been a great corporate citizen in Savannah since 1963, and we’re proud that they have entrusted our team with this important chapter in their storied history.”

Included in the plans are two out-parcel lots earmarked for future development, sale or lease. The new headquarters is scheduled to open in the fourth quarter of 2019.