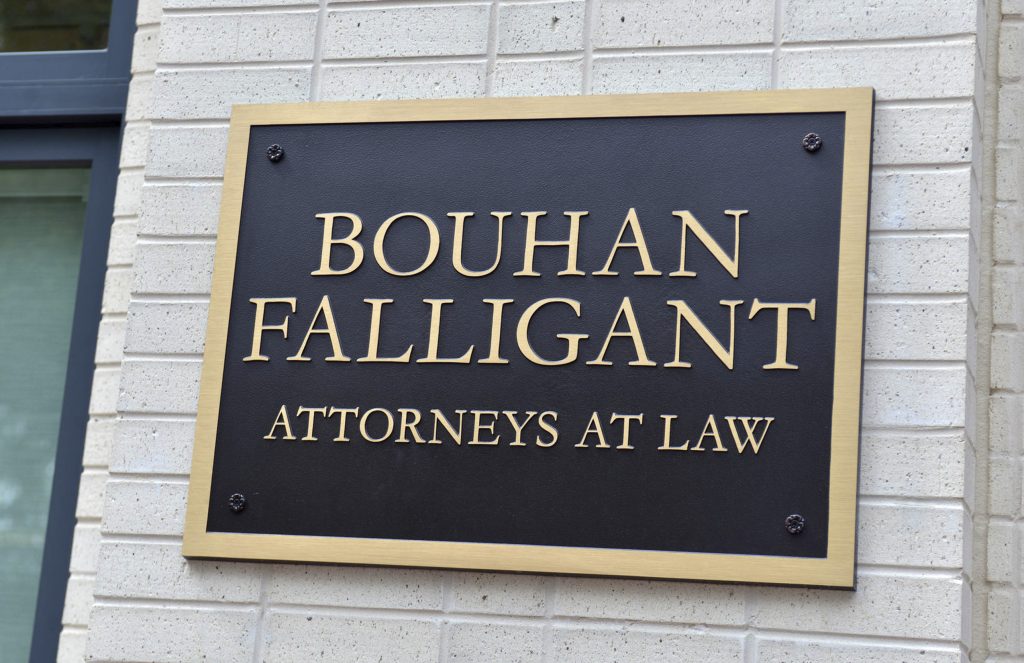 The Bouhan Falligant law firm has left the serenity of the iron-gated Armstrong House on the north side of Forsyth Park after 46 years for new offices on the south end to join the vibrant community it sought.

“You a part of the community,” said managing partner Leamon “Lea” Holliday III on Tuesday as he prepared for a ribbon-cutting at 10 a.m. Tuesday. “You are involved by what is going on. It energizes you.”

The building, One West Park, sits on the corner of Bull Street and Park Avenue and is the home of almost 30 attorneys and another 20 staff from the 2013 merger of the Bouhan Williams and Levy firm with Inglesby Falligant Horne.

The merged firm moved to the Armstrong House at 447 Bull St. at Gaston Street in 1970 before electing to develop a vacant lot across the street from Brighter Day Natural Foods. The exterior is traditional and closely resembles the monumental architecture from the federal period.

It fits right in with neighboring structures, including the American Legion Post 135 building across Bull Street.

The move on May 12 meant leaving a former 100-year-old home of wealthy Savannah businessman George Ferguson Armstrong and his family — and later Armstrong Junior College — which had been reconfigured into a law office. The new three-story structure is designed to house a firm now and in the future.

“We didn’t attempt to replicate the Armstrong House (but) we wanted to keep the ambiance,” Holliday said.

Items from the former home are found in several areas of the structure. Holliday, who has spent most of his 46 years in practice at the Armstrong House, carefully carried many items from his old office to his new third-floor space on Tuesday.

A historic conference table sits in a conference room on the third floor after being moved from the old site.

“We took the whole building,” Holliday said. “We thought we were going to need it.”

But unlike the Armstrong House, the flow at the new location is designed to encourage interaction, Holliday said.

“We believe there is collegiality by having people together,” he said. “It encourages us to interact much more directly.”

But just as important are the wide windows overseeing the park and neighborhood.

“It gives the feeling of your kind of seeing these people walking, constant activity here,” he said, adding that each office has a window. “This is just more active, just a lot more going on.”

For a group of lawyers, Holliday said, “It’s just a more efficient set-up, really. .. It is really a positive thing for the law firm.”

The well-lighted interior is replete with state-of-the-art technology, including LED lighting, WiFi, and climate-control features.

“This building will be here for another 100 years,” Holliday said. “We certainly are going to be good neighbors.”

He said he does have some regrets leaving the Armstrong House, but “I’m still with people who make a difference, people who are remarkably competent.”