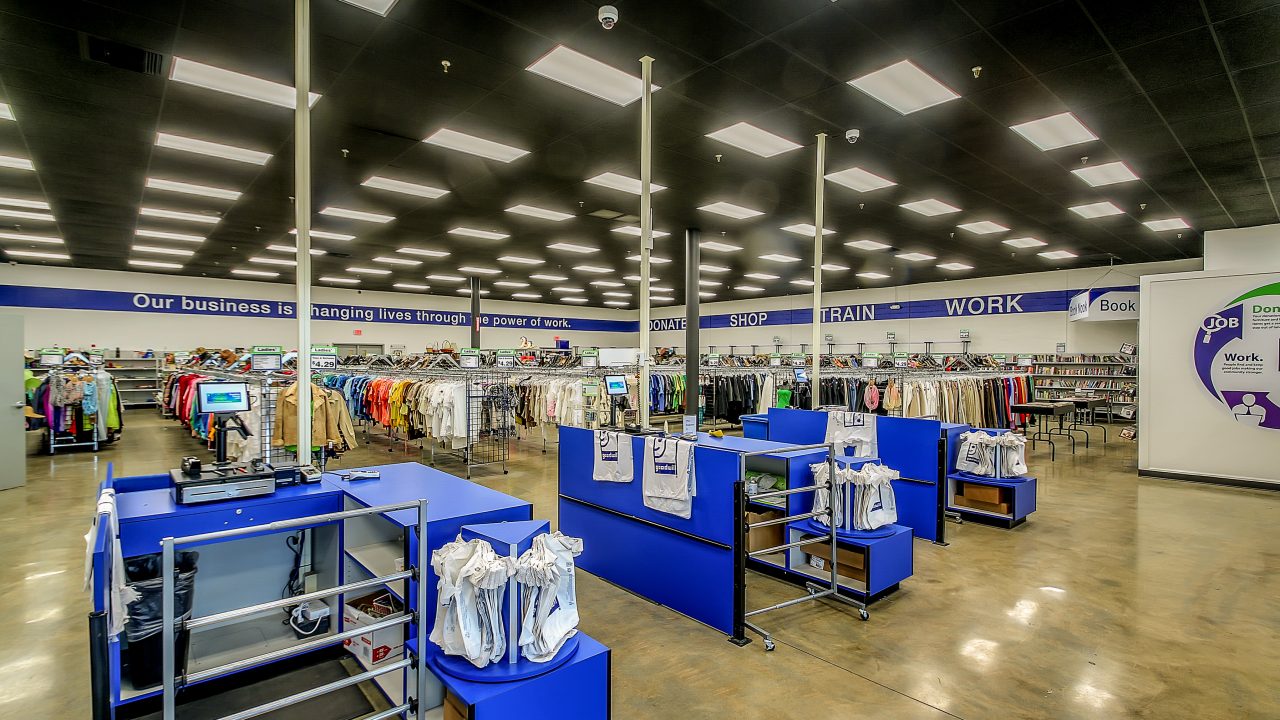 WCC is proud to be a partner with Goodwill of the Coastal Empire. We have completed 3 projects for Goodwill in the last 3 years including the construction of the Eisenhower location and the McAlpin Square renovation.

The Eisenhower Renovation was completed in November of 2016, Goodwill of the Coastal Empire moved their flagship store from the longtime Sallie Mood headquarters to the new location on Eisenhower Drive. The scope of work included the completed interior demolition of a former auto parts store and new installation of mechanical systems, lighting, fire suppression, ceilings, plumbing, and related finishes. The project was fast paced and completed on-time and on-budget. The Eisenhower renovation is the 3rd project WCC has completed for Goodwill in the last 18 months, a sign of two companies built on successful relationships.

McAplin was completed in December of 2015, this 10,000 SF fast-paced project consisted of a renovation to the building’s electrical system, fire suppression system, plumbing, and finishes for Goodwill of the Coastal Empire. We’re proud to be a part of the team at Goodwill and see their positive contribution to the community first-hand.