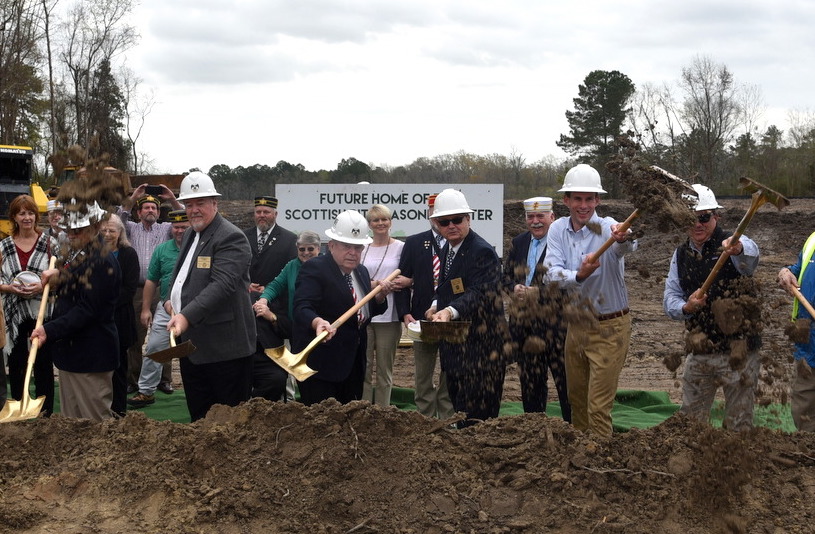 The Ancient and Accepted Scottish Rite of Freemasonry broke ground Tuesday, March 3, on a new 24,000-square-foot home near Chatham Parkway.

The new facility will feature lodge rooms, event space, a commercial kitchen, and a museum to pay tribute to the history of the Scottish Rite in Savannah. The building is being constructed by West Construction Co. and designed by Peterson Gordon Architects.

“This is a very exciting project for Savannah, the Scottish Rite, and for our company,” said West Construction President Matt West.

“Their current home at 341 Bull St. was built in 1916, so building for the Scottish Rite isn’t an opportunity that comes along often. The Scottish Rite’s values of faith, family, and love of our country are also values that are dear to us, and we’re very proud to be a small part of their storied history.”

In June 2019 the Freemasons voted to sell their historic home at 341 Bull St., which was completed in 1923, to the Savannah College of Art and Design. SCAD has leased space in the building for several years.

According to documents obtained from the Georgia Superior Clerks’ Cooperative Authority, the $12.75 million sale was finalized on July 1, 2019.

The new project is expected to be complete in November 2020.